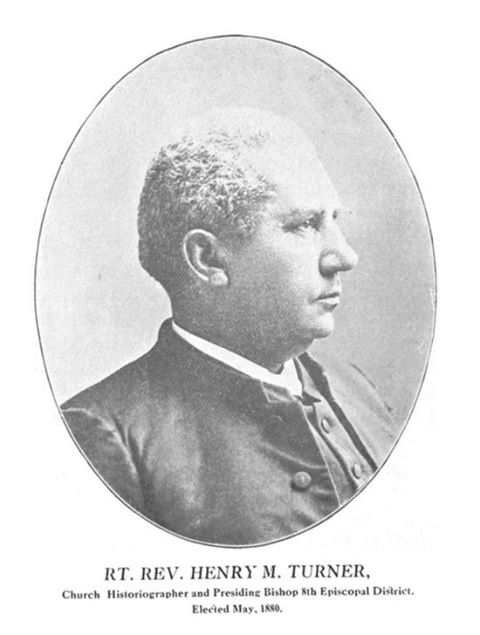 However, there was a problem. Since Turner lived during the nineteenth and early twentieth centuries, it was my belief that texts from Turner would be difficult to find. Turner, like many of his contemporaries during this time, spoke extemporaneously—not from notes or prepared texts. Moreover, unlike some speakers during this time, Turner did not travel with a stenographer—or someone who could have written what Turner said for later publication. Going into my project, I only hoped there were enough texts to do a solid dissertation.

Imagine my surprise when I found that Turner was one of the most prolific writers and speakers during his time and that much of his writings were not lost to history. Turner published copious amounts of material for newspapers, magazines, and journals of his day. Turner lectured throughout the country and wrote extensively on his travels to Africa. In short, many would consider Turner a public intellectual in today’s definition of the term.

"I am a lover of history; especially Black history. This project is so important because HMT is a forgotten trailblazer of equal, civil, and Black rights. His work is not only important historically, but also contemporarily. He spoke of matters that needed attention 100 years ago, as well as today!! Finding and exploring his work is important for academia and common life alike."-Anthony Stone, Graduate Student: Sociology, University of Cincinnati

"As a descendant of one of Bishop Turner's students in ministry, I enjoy reading the works of this prolific figure. Over a century after Bishop Henry McNeal Turner's words touched my ancestor and inspired him to pursue a career in ministry, his legacy and the Henry McNeal Turner project are inspiring and informing me, a member of the "Black Lives Matter" Generation. Matter of fact, Bishop Turner was teaching us that our lives mattered long before there was a movement of that name. His words prophetically foresaw the racial strife in America in the 20th century and as we continue to see the 21st century as well."-James Morgan III, African American Historical & Genealogical Society

"This project provides a treasure trove of primary source documents that remain particularly important to understanding not only African American history, but the broader history of the role of the Church in the struggle for Civil Rights. The words of Henry McNeal Turner remain remarkably salient in drawing through lines between the history of race and racial discrimination in the United States in the past and the present modes of race and racial discrimination. The powerful words spoken from the pulpit then could be applied to any number of situations today from police-involved shootings to the resurfacing of lynching rhetoric in public spaces."-Sam Perry, Associate Professor of Rhetoric and Public Address, Baylor University


"Henry McNeal Turner has always been a point of reference for my work in Applied Theology. From his essay "God is a Negro" to his insights on the role of choirs in the Black Church, penned in conjunction with the commission considering merger or affiliation between the AME and AMEZ Churches circa 1880, Bishop Turner's voice always called the church at the grassroots level to reflect the highest of aims and the most critical of questions. No wonder that upon his death, no less than WEB DuBois penned, "the last of the great Negro churchmen is dead."-Harold Dean Trulear, Associate Professor of Applied Theology at Howard University School of Divinity and #HMTProject Advisory Board Member