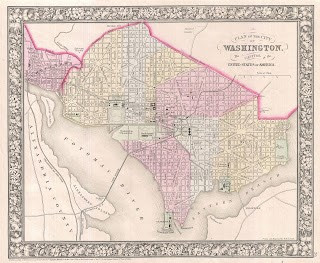 Mr. Editor: - While public sentiment is changing and passing through such innumerable revolutions in the North, I think it would not be out of place for me to give a few items from our churches South, for the information of the readers of the Recorder.
I left Washington, D.C. on the 6th inst., and had a very pleasant trip till my arrival at Columbus, S.C. where I stopped and preached twice during the Sabbath. Before I left I also spoke to the people on various subjects. I found our church at this place suffering terribly, owing to the failure of Rev. William H. Brown, of Baltimore, not coming to their assistance, notwithstanding his appointment by the South Carolina Conference at their last session. God will surely hold some one responsible for the treatment of this congregation this year. The absence of Bro. Brown from his field of labor at this place, is an irresponsible loss to the congregation over which he was appointed to provide. Our Missionary Board in Baltimore is to blame for this.

From Columbia I proceeded to Augusta, GA, by the S.C.R.R.[1] This railroad is one of the worst conducted in the country. They have some of the filthiest cars that ever disgraced a civilized nation. The seats had the appearance of being built for the accommodation of monkeys. One of the most remarkable features of the seats was their being painted black, so as to hide the dirt and grease that might accumulate on them. Any person going into these cars and sitting down on the seats without first observing their condition, would be sure to have his clothes entirely ruined. I was so mortified and indignant at seeing my coat so wretchedly soiled, that I immediately took out my penknife with the intention of cutting the black pads to pieces, but after running the blade in the filthy stuff, I recanted, recollecting that such proceedings were unbecoming of a servant of the lord. Had not my better feelings gained the ascendency, I would have totally annihilated those monkey stools. They are no more to be compared without Georgia cars than a hog pen is to a palace.

In Augusta our church moves on grandly. That prince of preachers, Rev. A.L. Stanford, had recently been there, the fierce fire of his overflowing eloquence being still distinguishable. Several of the members of Trinity M.E. Church South, (col’d) speak of forming an A.M.E. Church; as their pastor, Rev. Edward West, is impregnable to all the advantageous arguments which they can bring to bear, in favor of forming an alliance with our Church. I gave them no encouragement, as that is unconformable with our religious idea.

My next stopping place was Greensboro, where every body is fired with the enthusiasm of immigration. A mammoth meeting was held on Friday afternoon, in an old field near the city, which I attended, and was place in an old wagon, surrounded by an audience of about one thousand persons, some standing, some sitting, and others on the branches of trees. From the wagon I spoke to this vast assembly for two hours, in favor of, and commending to them the enterprise.

Leaving Greensboro, I next stopped at Atlanta, where I found our Church members in quite a state of commotion, owing to one Mr. Grant, who, some eighteen years ago, gave them a lot on which to erect a church, and is now trying to take it away from them. He says he never gave the lot for free negroes to worship on, but for slaves. Several white person greatly disapprove of Mr. Grant’s conduct, and are willing to assist the colored people in establishing their claims to it. When, O, when will prejudice end! One colored man said he had heard that President Johnson had told him to do it. Surely the great ruler of the nation would not “stoop” to such a low position.
Sabbath morning, at 9 o’clock, found me in Mason. My arrival from the North was so joyously greeted, that on Monday night I was the recipient of a grand serenade, which aroused both myself and the neighbors, at a very late hour. The music was of a most thrilling and soul inspiring character; but sweeter music than that now every where greets the ears.

On my arrival here every thing wore the aspect of despondency. The Church was cold, and a dozen or more were running after me to place their personal friends at the mercy of my decision. A few were going to leave the Church any how; so I concluded to appoint meetings to be held every evening during the week, which was accordingly announced. The prospect of making any conversions and still holding the old members, was prejudged badly; but willing persons volunteered, and we went to the work with a will. But few came out at first, and fewer still came to pray. I preached fervently, but things continued dull. I prayed feelingly, but Heaven’s interposing power seemed to linger. Finally, all the hearts parted from God seemed to relent.

We made Tuesday a day of special prayer and God, at my request, suggesting me a text: the words of it were, “Lord, Help Me.” We tugged at it an hour and a quarter. The text seemed freighted with such convincing arguments of man’s incapacity to help himself, that I could see that numbers had resolved to rely upon God. Finally, an invitation was given to all seekers for salvation, to approach and bow around the altar. In an instant scores came forward, gladly seeking for this opportunity of repentance. Every place around the altar being taken, we requested the remainder to kneel at their seats, and two-thirds of that vast audience kneeled down, uttering the most solemn prayers I ever heard. The sight overjoyed me; it looked as though the Judgment had come. I could but exclaim: “God of mercy, what’s the matter!” But an hour had passed, when one professed religion; and from that time till now convert has followed convert, till in every part of the city it looks like a jubilee. The grandeur of the scene is beyond description. No pen can write it, nor artist paint nor engrave it.

[1]It is difficult to ascertain the specifics of this rail line; however, research suggests it was the August and Savannah rail line, which was later acquired by the Georgia Railroad. Thus, S.C.R.R. was possibly the Savannah Central Railroad. Due to the nature of Turner’s detail regarding the experience of this travel, a hypothesis was made to provide potential links or details of the history of this business.
Share This