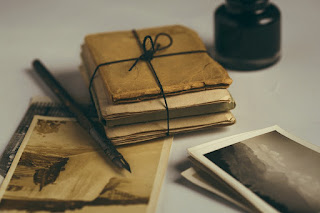 Mr. Editor:-- Allow me to trouble you with one more letter, and the Lord being my helper I will bring my services to a close for some time, so far as my scribbling is concerned. I have just arrived from a visit to the Georgia Annual Conference of the M. E. Church South, which held its session at Americus. Being apprehensive that some question on technicality might arise during its session touching the A. M. E. Church, I thought it best to be present, so as to answer any demand that might possibly interpose itself, and if possible allay any prejudicial misunderstanding which the ignorance of the true motives often engenders through the force of conscientious scruples. I therefore, not only resolved to be present, but both wrote and telegraphed to elder Stanford of Savannah, to come also. He, however, failed to get there, for what reason I am unable to surmise. My misgivings, however, were many, as regards the treatment I should receive from the members of the Conference; for I expected many of them would cast an ugly glance upon me, while others would tender me, at least, a cold reception. Every countenance I met portrayed an internal pleasantness so surpassing my sanguine hopes, that I at once felt perfectly at home. Instead of being passed by unnoticed, I was met by those who knew me with the most fraternal regard. And after it was known that an elder of the A. M. E. Church was present, they gathered around me in such vast numbers, and introduced me from one to the other in language so expressive of brotherly love and Christian courtesy, that I scarcely could tell for awhile whether there was any physical difference between us or not, while on the other hand such a cordial reception coming from such an unexpected source, took me by such complete surprise, that it actually demoralized me, and for nearly a day afterwards I could scarcely talk. I became utterly disgusted with myself.

The chairman of a committee, who had to report on some points touching on the colored people, came to consult with me, and I was so unmanned that I could not utter one idea. So I have since concluded that it would never do for me to try to live on kindness; for I believe that kindness would kill me.

I also found that there was quite an interest felt on behalf of our church, and several informed me they were taking care of the colored people for us. They also manifested great surprise at our Bishops coming South so often. They thought we ought to hold an extra General Conference to arrange our southern work on a better or more operative basis than it is at present.

Some laughed at the idea of our holding the next Annual Conference in Wilmington, N. C., and wondered why the bench of bishops did not set off Conferences to suit the conveniences of the work, and trust to our next General Conference to ratify their proceedings. They referred to instances where they had done so when the emergency was no half so demanding as ours. They thought I ought to write to our Bishop at once, to order Georgia and Florida into a Conference, and North and South Carolina into another; for several said if they had to go to Wilmington, they could not get there, and they thought it would be worse with the colored people. And even if we would pay the enormous expense of traveling so far, we had better take that money to build up our work. Some apprehensions were expressed relative to our uniting with the M. E. Church North, but I assured them we had not the slightest idea of it.


Certain letters from Bishop J. P. Campbell were quoted by some, representing him as being utterly opposed to such a measure. Bishop Campbell is highly spoken of South. I also found among the Georgia ministers a deep vein of vital piety. Their prayers partook of a fervent resignation to God and his purposes. Their sermons were plain and practical, very pointed and highly imbued with Christian holiness, and in no respect phased with political questions. I do not recollect of hearing the slightest reference to the state of the country, past, present, or future, except in one instance where the executive and legislative rulers of our distracted country were prayed for.
Several ministers said they were glad that slavery was dead, and that they believed it was God’s providence that destroyed it, and now they were anxious to see the blacks educated. They ordained seven colored deacons and one elder, vis., Rev. Edward West of Augusta, Ga. And elected to orders some 33 more colored deacons, who were not present to be ordained, but will be done by the Bishop in the interval of the Conference. They would not, however, pass a man for orders who could not read, but was not particular as to his writing.

I found a few colored preachers who were sternly opposed to our Church, stating that they desired to organize a Conference under the auspices of the M. E. Church South, but we were gobbling them all up, and if they joined the A. M. E. Church they would not be able to catch up with us in fifty years, and consequently they would have to be lackey boys for us. But I tried to relieve them of that burden by showing them we were their brethren, not their oppressors. Yet, I fear, some were not convinced when we parted. These were hard cases, however, at the best.

I met also at the Conference one of the most singular persons I have ever seen; he was a robust looking black preacher very commanding in appearance and quite austere in his manner. He had heard of me, and seemed disposed to enter into an argumentative conversation. The first skirmish that took place was on the subject of education. I took the ground that no uneducated man could preach, though he might exhort and do much good. He took the opposite position, till finally the subject turned on another scale, and though he could not read a word in any book, I found he almost knew the Bible from memory. The man is equal to Cruden’s Concordance. He could refer to every chapter and verse in the Bible on any subject whatever, and read chapters, and entire books through by memory, and his scriptural comments were equally grand. He is forty years old, and promises to live forty years more. He says his knowledge of the Bible is an answer to prayer. He also says God will teach any man His Word, and write it upon the table of his heart, if he will only pray and live for it.

The Georgia Conference being very large, after a hard struggle, resolved by sixty-eight against forty-nine, to divide itself into two Conferences, one to be known as South Georgia, and the other as the North Georgia Conference.
Their action in its division, was very solemn and impressive; brethren who had been accustomed to meet annually for three or four years, were about to part, likely to meet no more on earth forever. When the resolution prevailed, tears gathered in several eyes. I have never seen more rigidness in the examination of characters than they observed. They would stop a man’s character for the most ordinary flaw, and send him out of doors, while they would rake his conduct with epithets of the most unmerciful disapproval. Nor were any exempt from this scathing ordeal, not even the D. D’s. I do not mean abusive language was used, but plain, pointed talk. One Rev. Mr. Harris who left his appointment after being told by the stewards, they could not support him, much less his family, &c., &c., came near being thrown overboard anyhow. The old gray-headed sires rose, and related their hardships before a third of the Conference was born. And referred to Wesley, Whitfield, Asbury, and to their experiences, and spoke so powerfully of the treatment and the duties of a Methodist preacher, and what God would require at our hands in judgment, and the value of an immortal soul, that I actually trembled while I listened, and I believe many young white ministers did the same. Again, in speaking of some hard circuit on the coast of Florida, one old minister, venerable and noble as he looked, cried out let the Bishop appoint me there, I will go. It is needless to say, the entire Conference felt the blow.

My visit to the Conferences was attended with personal gratifications also. For I had the pleasure of seeing the Rev. C. A. Crowell, who received me into the church over 18 years ago, when I was a little boy, in Abbeville, S. C. And he had no hesitancy in introducing me as his son in the Gospel. He gave me his photograph and begged me to preach, but that I declined. I also found some young ministers, who were wicked when I last saw them in S. C.
I received several invitations to different points, by the ministers, where I can find scores of colored people to organize. But I am not certain when I can get there, for my traveling expenses this year have been enormous. I neglected to say that the southern ministers are contemplating a Conference between their Bishops and ours, to establish a basis for a salon, or such a fraternal reciprocation, as will bring about a perpetual harmony between us. I do not think, however, there is any desire to absorb us, yes, I know there is not. For they all favor a separate organization for the colored. They believe they (the colored) will advance much faster, by being to themselves, and running their own ecclesiastical machine.

As this letter is long, and I must soon leave for Atlanta, I bid you adieu, as I do not expect to write soon again.