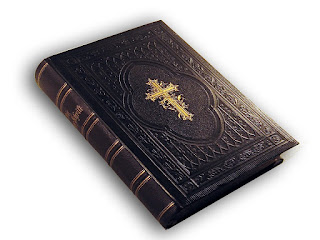 For the Christian Recorder
Christian Recorder: July 7, 1866
Mr. Editor – This day has been one of the unexceptionable interest to the colored citizens of Macon. Two weeks ago, I requested a conference with the several colored ministers of that city, including the Presbyterian and Baptist, which accordingly convened, and after fixing the rate of marriage foes, regulating our church hours in the city and other minor points, we resolved to hold a Union Bush Meeting once per month for three months consecutively viz, the 4th Sabbath in June, and the 3rd Sabbath in July and August. The brethren here being unacquainted with Bush meetings, I gave them the programme I thought the most likely to insure success, which was undisssectingly adopted, and the committee of arrangements were appointed, and went to work accordingly. Sunday, being the first of this services, this morning at 7 o’clock found large concourses of human souls wending their way to the grove selected, which is just on the edge of the city, about three hundred yards to the rear of the A.M.E Church. There was a nice place, well shaded, two springs near, easy of access from the city. They had also a large preacher’s platform erected; seats in abundance besides several hundred, who brought chairs in their hands. And one thing I admired very much, was its proximity to the city: when it was suggested, we had better get further off, or we would be bothered with loafers if we had our meeting so close to town. The unbroken response was, “Ain’t we free! What have we to do but keep order?” I could imagine that there was strength enough in these words to defy giants, fear winged his flight instantly. And three thousand freemen repaired to the temple in which God was worshiped by Abraham, Isaac and Jacob.
However, by 8 o’clock, the hour for the first sermon, the seats were decently filled, and crowds still coming. Rev. H.M. Turner preached the opening sermon, and a good feeling prevailed. At 10 o’clock, Rev. Milton Tillinghast of the 1st Baptist Church, preached a thrilling sermon, afterwards there was a prayer meeting carried on by the laity till the hour of one, at which time Rev. Joseph Williams of the Presbyterian Church, preached a sermon on Redemption of Christ.
At 3 o’clock Rev. William Green of the 2nd Baptist Church, preached an excellent sermon to the young, after which Rev. H.M. Turner delivered the closing discourse.

I may state, too, in this connection, that all the intervening time was occupied with singing and prayer, and sweeter music surely never came from the mouths of human beings, than that connected with these services; while they were singing one hymn, the chorus of which contained the following words:-

“Brethren pray: and holy manna
Will be showered all around.”

It seemed that the very dead might rise into quickened life, and the forest bow obeisance to the majesty of heaven, the very leaves of the grove that quivered beneath the touch of the zephered breeze, seemed to have handed the heavenly melody from one to another, until the trees themselves recognized no distinction between the oak and the pine. The meeting was dismissed about 5 o’clock, but the people remained shouting and praising God, till near night. This ended a great Union Meeting. Next Sabbath we will hold one in Columbus, GA. I am ordering all my preachers to do the same.

Organization of the A.M.E. Church at Griffin, GA
I am happy to inform you that I have captured Griffin, GA, and every one of the colored Methodists in it. I arrived there on Wednesday last from Atlanta, and soon found the Rev. C. A. Fulwood of the M.E. Church South, who to my surprise had first mailed an invitation to me to visit Griffin. I found him to be a gentleman, Christian and scholar. We soon negotiated on satisfactory terms, and an appointment for me to preach at night, was made. The news of presiding Elder of the black African Church (as they are called) being in town, spread like lightning.

Night came on, and I went to church accordingly, and such a throng as were present, surprised me; (the distinguished Judge Johnson was present), I preached to the audience for an hour and a half, and finally closed by presenting my Church, and after talking about it fifteen minutes, I closed and told them to think on it till I got back, which I would do in a few weeks. I soon found, however, the A.M.E. Church was all right; next morning I left; but today I received a dispatch that Rev. C. A. Fulwood and Judge Johnson at 8 o’clock, had organized for me, an A.M.E. Church consisting of those formerly of the M.E Church South, and had taken every member from the M.E. Church (North) also, and left their white preacher without a colored representative. Among them also, I am proud to inform you, we have received a preacher.

General David Tilson, has just informed me by letter, that these outrages upon my preachers. Revs. Alexander and Robertson, shall be promptly seen after, and assured me, protection to our ministers shall be given.

As the Recorder may get to Atlanta before I do, I beg through it to tender my thanks to the widows, Maria Jenkin, Matilda Milner, Mrs. Hester Ann Prior and Miss Rosa Lester, for that very fine suit of black clothes, presented me by them: it came all safe by express. I hope the two widows and the Miss, may soon get good husbands.

I have received 500 persons into the A.M.E. Church in less than a month, besides what my other ministers have done, making my membership in this department five thousand and three hundred, immortal souls. This number appears respectably large, abstractly, but oh how small when compared with the multitudes who throng the road to ruin.