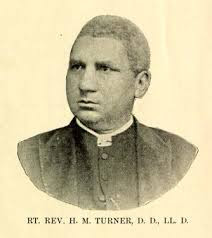 Turner offers an early insight on the role of preaching. He is against preachers using certain type of keywords or hobble horses in order to get the message across.

Mr. Editor: - If there are any of the sacred terms abused, I think it is the term glory; and, worse than all, often by ministers I hear the word glory used till my heart burns with disgust, not so much from the use of the word glory, but glory to God. It has become in our day with a great many preachers, exhorters, and leaders, nothing more than a by-word, or a thoughtless, careless, idle expression. The same language which angels, and archangels, and all the company of heaven, employ constantly to vent their praises and adorations to God in the highest ecstasy, is shamefully desecrated by men’s unhallowed lips. I once heard an old preacher remark that glory was a word belonging to the celestial tribes, and not to men; and that it was borrowed from heaven for the sole use of the most sanctified persons, and should even be used by them with solemn precaution and holy dread; but that the lips of hypocrites and sinners should never dare to utter it. I know that it can very properly and appropriately be applied to earthly things, when we are describing their splendor or grandeur; but when, in relation to God, we should have the most exalted ideas and purest conceptions of its use; for no man can say glory to God with an internal faith, unless he is endowed by the Holy Spirit. I think I risk nothing in saying that any Christian can tell when it is used in the proper element: for if I hear, (as poor a Christian as I am) a person praising God by giving Him the glory, and is not earnest, a cold chill will roll across my breasts; but if the person is a true-born child of God, I always have a corresponding feeling; and numbers of Christians have told me that the same feeling would actuate them under similar circumstances.

The most of public speakers have a kind of keyword which they resort to when they wish to catch an idea; some have one word, and some another; but if we would be true to our trust, we should employ a portion of our sober moments to the examination of our language, to see that our keyword does not desecrate some holy expression. For the same command that forbids us to take the name of God in vain, also forbids its vain use.

I went to a church last Sabbath evening, and a very intelligent looking minister arose and addressed the audience, and in a discourse of less than an hour, he said glory to God one hundred and seventy eight times, and never manifested any degree of happiness through his whole discourse. And what both amused and disgusted me was, that he gave God the glory because sinners would not repent, and because Judas betrayed his Lord and hung himself. I think the following is one of his identical phrases: -

Now, I ask common sense, yes, I appeal to unassisted reason itself, if that is anything to glorify God for? The very crimes, the perpetration of which grieved God at his heart, and that made Jesus weep, that hung the brightest clouds in mourning, and that have cursed, and almost damned our earth, must be, according to that, the result of God’s glory. Oh, such blindness, such folly! Who could hear it and not shudder? But, some may say maybe the man meant good. Yes, that’s true; so he might; but he should have said good too, for the time has come when people heed us by our words, and not by what we mean. And more especially we should not mean to tell a congregation of hearers to go to heaven, by indirectly recommending hell to them, unless we wish them to go round by that way and get a little scorched before they go up. I can tell him, if that is the road he is going, I want to take the other road.

Thus you see God is glorified because sinners are on the road to perdition, and will not be reproved. Yes, but they knew what he meant, says the sympathizer. So you say; but you don’t know that. Can’t the hearers be ignorant as well as the preacher? Indeed, the hearers are expected to be more ignorant. I know we are all liable to blunders in language; but when we utterly darken counsel and pervert God’s truth, we should wait at Jericho till our beards grow out, before we attempt to engage in such awful responsibilities. Glory to God to be thus mangled and abused when Gabriel and his angelic associates could find no higher notes in the heavenly world to chant the Messiah’s birth, which theme will swell and augment the eternal intonations on heaven with one unbroken, deep, and protracted sound forever and ever. O, let me never use it, unless my lips have been touched with the coals of the altar, and my heart sprinkled with the blood of the Lamb.

Thus, making the whole story short, I am unequivocally for an Evangelical and educated ministry.